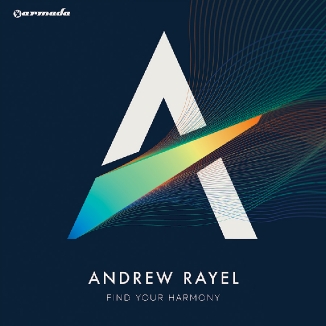 Andrew Rayel, often referred to as a modern-day Mozart, released his debut album today, titled Find Your Harmony, and after giving it a listen, we can tell you first hand that you’re not going to want to miss it.

This 18 track Armada label album takes you on a journey of indescribable sounds and feelings which is a feat that could only be mastered by someone with classic musical training.

Last month when I interviewed Andrew before his show at Cielo NYC, we were still eagerly awaiting details but now the day has finally arrived and the world will get to enjoy the magnificent compilation of trance and progressive music.

The album begins with sounds reminiscent of a movie score- instrumental, ambient, and calculated. The album then transitions into more progressive dance music. Featured on Find Your Harmony are many talented vocalists including Christian Burns, Jonathan Mendelsohn, Alexandra Badoi, Sylvia Tosun, Lira Yin, Jano, and Jwaydan.

This melodic and progressive debut is enjoyable to listen to, taking you on a journey from intro to outro complete with beautiful melodies and vocals really is just as Andrew told us, “trance is the perfect way to combine classic music with electronic music.”